Semliki National Park is located in western part in Bundibugyo district of Uganda which lies on Uganda’s borders with the Democratic Republic of Congo and is next to Rwenzori Mountain in the southwest direction of the park. The park lies within the Albertine Rift Valley on a flat land that ranges from 670 to 760 meters above the sea level. 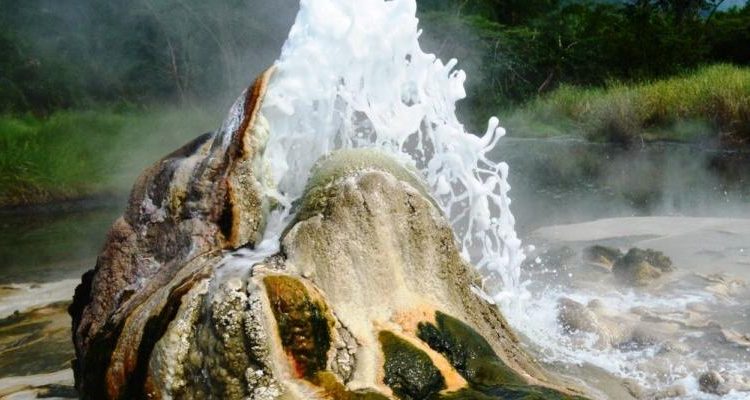 Semliki national park is a tropical rainforest with average of 1250 meters with peak seasonal rainfall that normally occurs in the month of march, may, September to December of a total average temperate that varies from 18 to 30 c of its area covering 220 kilometers squared of the land. And is one of the richest in terms of fauna and flora in Africa with over 60 mammals of species, 8 species of primates, 300 species of butterfly, 9 species of duikers, horn bills, 216 species of birds.

The park is sanctuary for Rivers, Swamps, that support wild animals such as elephants, buffalos, Uganda kobs and many others, local people. The biggest attraction within park, is the male hotspring known as Bitende which is 12 meters in diameter and the female hot spring Nyasimbi which as a boiling place for geysers, eggs and they also source of salt for wild animals.

The park is the oldest in East Africa for game reserve and forest reserve covering area of 220 kilometers, it is protected range of species which most notably elephants, warthogs, waterbuck, African red colobus, Uganda kob, crocodiles and many others, 300 species of birds such as white throated, yellow throated nicater, white crested hornbill, great blue and turaco and many more. The park became a world heritage site in 1993 and is under the hands of Uganda Wildlife Authority.

The park is situated in tropical climate within an ecological zone with high diversity of plants, swamps, animals’ species and a number of tree species such as cymometer Alexandria, olive green bull and many other species. The park has been in the existence for over 25000 years.

The park is part of protected areas in the Albertine rift valley and these are some of protected area including volcanoes National park, Rwenzori Mountain, Kibale National Park & Virunga National Park in Congo. The park covers area of 220 kilometer squared which was created in 1932 and latterly on it was established in October 1993 to protect the forest it then become a world heritage site.

Semliki National Park is a gazetted area for forest reserve with great social economic importance to people who live near the park. The local people obtain products from the forest and such products include fruits, vegetables, bush meat, herbal medicines and construction materials for their home benefit. The population for these local people is increasing at rate of 3.4% per year namely the Batwa & Basua people who are also agriculturalists and hunters gatherers.

Semliki National Park is surrounded by the local people the Basua and Batwa pygmies community that play role of cultural safaris and spiriticial role who entertain to visitors in music, dance, storytelling and hand making crafts that acts as tourist attraction to visitors.

The park is dominated by easternmost extension of the great ituri forest of the Congo basin and is one of Africa’s bio diverse forest which survived in the last ice years. The viewing of two hot springs male and female which is the best activity done that attracts a number tourist in the park.

Semliki National Park has a number of activities tourist can be ganged in and this include bird watching, guided nature walks, game drive, viewing of hot springs, culture encounters and many other activities.

Viewing of the Sempaya hot springs: The park has two hot springs which can be accessed by going through a patch of forests where red tailed monkeys, grey cheeked mangabey do exist. The male spring known as Bitende is 12 meters in diameter & female hot spring Nyasimbi for boiling geysers and eggs which act as tourist attraction.

Guided Nature walk: The park is forest reserve where tourist can do nature walk and hiking, and they can be able to spot different tree species, over 300 species of birds like yellow throated nicater, white throated, blue billed marimba and many other species which are tourist attraction to visitors.

Culture encounter: The park is surrounded by a number of local people the Batwa pygmies who entertain visitors in music, dances, storytelling and also do hand making crafts that attract a lot to tourist and tourist buy them for remembrance.

Game Drive: Semliki National Park is game reserve with three tracks that cross the savanna grassland of Toro wildlife reserve, forests with a number of species including warthog, Uganda kob, buffalos, waterbuck, leopards and it has semliki river where tourists can view water animals like crocodiles, hippos which act as attractions to tourist and they can be guided by the guide.

Bird watching: Semliki National Park is rewarded for being the best Africa’s forest birding park that can be viewed in sempaya with over 300 birds such as the shoebill stork, Red billed dwarf hornbill, piping hornbill, white crested hornbill, yellow throated nicator and many other species.

Semliki National Park can be accessed from Kampala with in 7 hours 40 minutes drive a distance of 465 kilometers squared & alternatively visitors can fly from Entebbe Airport for only 3 hours & 30 minutes but panoramic view of Kampala is rewarding.

Semliki National Park offers a number of hotels and lodges where tourists can sleep such lodges including semliki safari lodge, Ntoroko game lodge, kirimia guest house, hotel vanilla and many other where to sleep depends on tourist budget.

The best time to visit semliki national park is the dry season from february, june, September and December. 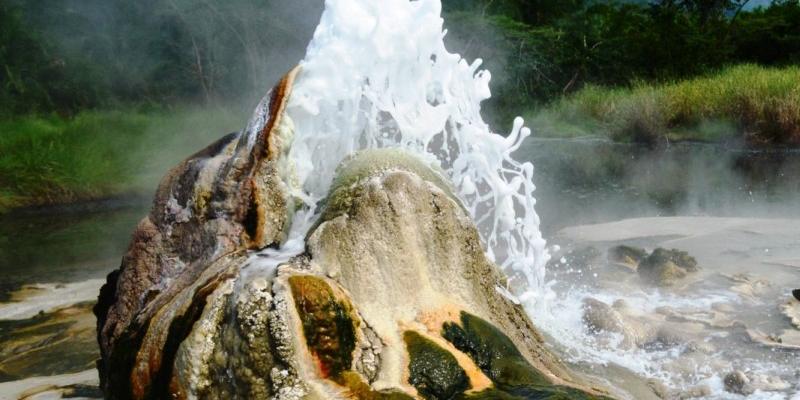