Kidepo Valley National Park: The word “Kidepo” is comes from an indigenous word amongst local Karamojong community “akidep” meaning to pick from under. The Karamojong are a pastoral nomadic community residing in the arid Karamoja region, northeast Uganda.  The Karamojong treasure livestock and take pride traversing the Karamoja plains rearing big herds of cows, goats and sheep. The Karamoja region has a reputation of high temperatures ranging 21.5°C- 34°C and low rainfall amounting to about 890mm annually. More often, the grass withers in the dry season and soil is bare. These climatic conditions in a big way are very harsh to the Karamojong livestock and their livelihood. The Karamojong traverse and wander the Karamoja region searching for grazing areas with palatable grass and livestock watering areas. Such errands often end deep into South Sudan and Kenya. The Karamojong paid special visit to the Kidepo valley to pick ripened borassus palm fruits that are an ingredient in fermenting local palm brew and palm wine; a favorite beverage for the Karamojong community. Note that ripened borassus palm fruit is a delicacy of elephants and such visits in Kidepo valley often meant Karamojong wrestling the palm fruits from the jaws of elephants. There is a high likelihood; Kidepo valley national park got her name from the indigenous community who picked ripened borassus palm fruits under the tree, “akidep”. 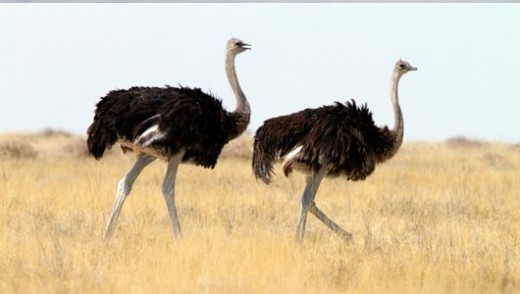 Kidepo Valley national park covering an area 1,442km2 is a postcard of a dream African safari destination. Initially the early settlers of Kidepo valley; the Karamojong suffered epidemic attacks from sleeping sickness while their large herds of livestock were wiped by Nagana caused by Tsetse flies. Their minority neighbors the Ik; a fruit gathering, game-hunting community suffered the same fate in equal measures. In1958, the British colonial administrators evacuated the communities from tsetse infested areas to minimize the fatalities. To the lovers of nature and wildlife, the tsetse epidemic was a blessing in disguise as wildlife populations thrived in the vacated areas and inspired the colonial administrators to gazette the places into wildlife reserve and later Kidepo valley national park 1962. The indigenous early settlers; the Karamojong and Ik lost substantial amounts of their ancestral lands and in some way large doses of their traditional livelihood and lifestyle was altered.

The Kidepo Valley national park is situated extreme northeast of Uganda in Karenga Sub County, Kaabong district touching the South Sudan borderline. To the travelers on tour of Uganda, Kidepo Valley National Park is a place of particular interest that seems to have something exciting for every individual traveler. Kidepo valley national park is generally a flat plain with gentle rolling hills bent towards the north. The landscapes rise from 914m on the floor the valley to 2,749m in Mount Morungole ranges in the south. Two seasonal rivers Narus and Kidepo originating from the Morungole mountain ranges are stand out natural features; the veins through which blood flows to the rest of the body. Rivers Narus and Kidepo are oases and sacred places of refuge in a rather harsh and wild Karamoja semi arid region.  Without them, life in Kidepo valley national park would be dead much of the year most especially during the dry season when river Kidepo dries up and dies a natural death. The Kidepo valley becomes desolate with open sand dunes.  Many mammal species migrate away and the Kidepo valley becomes an arena for walking safaris, picnics and wilderness games.

Keeping and losing life in the Kidepo valley national park is a gamble and largely dependent on the climatic conditions of the time. Kidepo valley national park is a semi arid region, the extreme ends of the Sahel regions of northern Africa. The region has one long rainy season, mid April-August, that receives unpredictable amounts of rains. During rainy season, Kidepo valley national park gets cloudy, experiences afternoon rains, temperatures reduce to all year low average 17°C/63°F in the mornings though day temperatures remain average 27°C/81°F. Vegetation flourishes and changes color from ashy brown to army green, the scenic landscapes is captivating and feast for the eyes. With unrelenting showers, the runoff collection from multiple streams in Morungole mountain ranges swells in volume and Kidepo valley bursts at the seams. River Kidepo resurrects and roars to life again. In a similar fashion, the oases of Narus valley fill to the maximum levels. Wildlife species in Kidepo valley national park get a new lease of life and the wilderness is full of vibrant wildlife. The herbivorous mammals have enough grassland to feed on, wander and traverse into all corners of the park. Migratory birds pay a homage visit and travelers on bird watching safaris into Uganda easily spot their favorite bird species.

The dry season September-February is a real test of life and death in the Kidepo valley national park. The sun sets in motion and burns with vengeance. The Kidepo valley national park experiences clear skies with no rains at all and drought is rampant. Temperatures hit the roof rising from 18°C/64°F in the morning to 32°C/90°F much of the day. On some occasions, temperatures have peaked to 40°C/104°F and many mammal species succumb to drought. Much of the Karamoja region soils are sandy and do not retain the flooding waters after the rainy season. Vegetation withers, some patches are bare ground and the strong winds easily sweep away dust. Most wildlife species migrate to the Narus valley that has swamps and vestiges of vegetation close to oases that survive the harsh weather all through the year. The air is hazy, dusty and heat is irritating visitors exploring the wilderness on game viewing safari. However, short vegetation opens up high opportunities of spotting wildlife species a distance away. Many wildlife species congregate in few areas with pockets of water giving travelers on safari to Uganda an opportunity to spot their favorite wildlife species.

Because of low rainfall and sandy soils in the much of Karamoja region, the vegetation cover in Kidepo valley national park is largely open savannah grassland dominated by Themeda, Chloris, Panicum and Setaria species. Other large parts are semi desert scrub, thorny bush, shrubs and montane woodlands in the highlands. There are some patches of swamp and wetland vegetation in the Narus valley notably along the edges of Narus river. Grey-haired acacia (Acacia gerrardii) is the most common tree species in the open plains while borassus palms are common along edges of seasonal rivers Kidepo, Lopirpir and Kulao.

It is in these breathtaking natural landforms and land features that a wide range of mammals, bird, insect, reptile and other wildlife species call their home. For the adventure travelers seeking unique ways to explore and get maximum excitement on tour of Uganda, Kidepo valley national park is a travel destination that creates everlasting impressions on the mind. With a very diverse wildlife notably the 86 recorded mammal species, 28 of which are endemic, Kidepo valley national park is not only a Uganda travel destination, but  brings childhood dreams to reality. The Kidepo valley national park also boasts of more than 475 bird species and 692 plant species most of which are unique and endemic to semi arid climatic environments.

Kidepo national park ranks high amongst top African wildlife safari destination. It is a less trampled chastity with many attractions that satisfy every adventure traveler’s adrenalin. However, Kidepo valley national park has had its cup of challenges that in a big way halted the speed of tourism development.  The 1955-1972 civil conflicts in neighboring Sudan left a huge death toll on wildlife species and human personnel in Kidepo valley national park. The warring factions hunted game for food and trophy to sell; rhinos for rhino horn, elephants for tusks and other animals for their beautiful hides. Uganda herself got a fair share of her own political upheavals in 1970s. The warring factions hunted wildlife indiscriminately. The last rhino seen alive in Kidepo valley national park was in 1983. The population of Rothschild’s giraffe fell from 400 individual in 1960s to merely three in 1992!

The Karamoja region lagged behind in development from the rest of Uganda on one hand largely because of the indigenous community. The Karamojong are nomadic herdsmen who keep large herds of livestock. The Karamojong have strong love and pride in their culture and traditional customs. They have a special attachment to livestock; cattle in particular and believe Akuj, their supreme god gave them power to possess all cattle in the world. The size of the herd is a social status symbol and sign of wealth. The Karamojong formed warrior gangs to create insecurity for everyone, raid their neighbors’ cattle and protect their loot. To the Karamojong terrorizing the neighborhood was a sign of bravery and prestige and a custom they were not willing to abandon without shading blood. Ultimately, the government disarmed the Karamojong of AK47 and sensitized them about coexistence with other communities. Today, the Karamoja region is getting empowered and moving at tandem with the rest of Uganda.

The absence of security in the Karamoja region meant less infrastructure development. The roads to Kidepo valley national park have been dirt, getting very dusty during the dry season, slippery and almost impassable during rainy season. Remember, Kidepo valley national park is 700 km by road travel away from Kampala city and largely isolated. Air travel takes less time, average 2 hours but is very expensive. This in many ways affected the tourism development in the Kidepo valley national park. However, the government has concentrated efforts in Karamoja region to boost development in all sectors. Smooth tarmac roads reach close to the park, the government is distributing electricity to urban centers close to the park, piped water, valley dams and boreholes supply clean and affordable water to the communities. Communities can easily access health, education and sanitation services. Without doubt, the Karamoja region is experiencing development like never before.